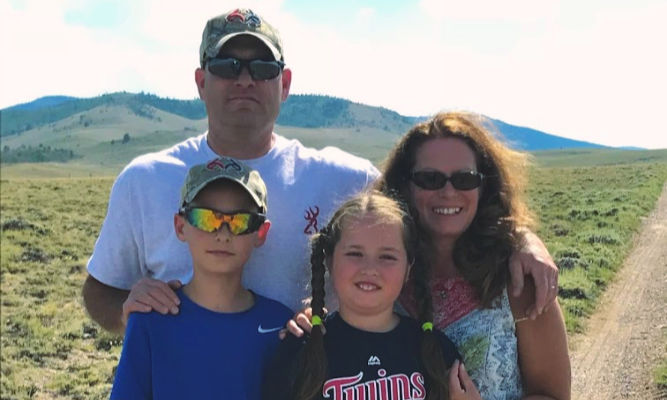 I grew up in the southern tip of Illinois going to a Southern Baptist church which I attended three times a week whether I wanted to or not.  You might say I had a drug problem – I was drug to church week after week!  When I was ten years old, I had a conversion experience which later in life I learned was not authentic because no repentance was involved.  There was no life change, and I lived just like everyone else.

In high school I got involved in the sport of rodeo riding bulls.  I ended up going to college at Fort Scott Community College on a rodeo/music scholarship.  After college I began to compete full-time in the Professional Rodeo Cowboys Association.  I spent 18 years riding bulls as pretty much my sole source of income.  After I got married, I eventually quit riding bulls and after some strong encouragement from my wife, I began to attend church again.

Finally God opened my eyes and revealed to me the true state which I was in.  I had been living under the lie that repeating a prayer back when I was ten had earned me a “get out of hell free card”.  God showed me my mistake.  I repented for the first time in my life and surrendered to Jesus as Lord of my life.  Soon after He called me into the ministry leading me to plant this church … and as they say, the rest is history!

I really enjoy hunting, camping, fishing, canoeing, or just about anything outdoors.  I am an avid bow hunter and especially love to go to the Boundary Waters camping.  God has given me a heart for men and the desire to teach them the importance of their role in the church and their family.

I moved here in 1997 from Texas where I was living while riding bulls.  Later that same year I married my wife, Becky (Tonsager).  The Lord blessed us with our son Levi in 2006, and our daughter Sophie in 2008.  I spent ten years working in the family-owned business, Chub Lake Feed, before God started His work in my life.  I became licensed through the Fellowship of Evangelical Churches in July of 2010 and began the work of planting this church shortly thereafter.

I have two associate degrees: one in Construction Management and one in Music.  I have a bachelor’s degree in Biblical Studies from the University of Northwestern St. Paul, and I have a Master’s of Theological Studies from Midwestern Baptist Theological Seminary in Kansas City.  I plan to spend the rest of my life serving our Lord and Savior Jesus Christ in whatever He calls me to.  But by the grace of God go I!