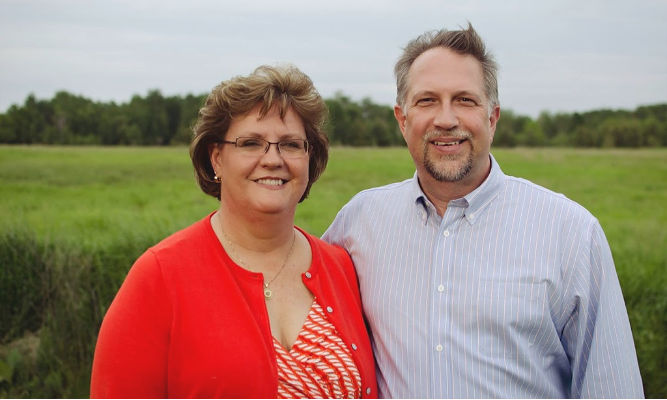 David grew up on a farm in north central Iowa, and graduated (the first time) from Iowa State University as a civil engineer.  God’s grace ignited his faith during his freshman year of college, and has continued to grow with time.  He has served in ministries as a husband, father, engineer, City Councilman, and various church leadership functions from Chair to usher.

Being married to his high school sweetheart in the summer of 1979, David and Sherri now reside in Lakeville.  Their two daughters, Dena and Paige, are married to great young men and live in Columbia Heights, MN, and Steilacoom, WA, respectively, with their children.

For the last year-and-a-half, he has served as the Executive and Teaching Pastor at The Real Tree Church.  He received Master’s degrees in Organizational Leadership, as well as Biblical and Theological Studies, from the University of Northwestern-St. Paul.  He is a lifelong learner, and places a great value on helping others learn from what he has been blessed to learn. In addition to his ministry and teaching passions, David enjoys the occasional cup of coffee, reading books, and exposing others to his particular brand of dry humor.